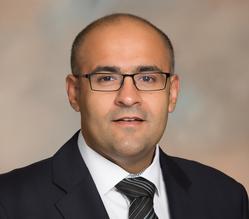 He completed his advanced spinal training in Manchester as well as an international fellowship in complex spines at Brisbane, Australia. He has further developed his knowledge with experience visiting other spine centres in Australia as well as the USA and Europe including Bordeaux, France and Berlin, Germany.

Mr Yasin has a keen interest in research and has won several prizes, including the Mallimson North West Research Prize. He has also worked in collaboration with several universities including Linkoping University (Sweden) and Salford University, where he is also an honorary lecturer.

Mr Yasin qualified from Cardiff University in 2002 with Honours as well as numerous prizes including the university prize for Anatomy. He completed his surgical training in the North West and is on the General Medical Council’s specialist register.

Mr Yasin has an interest in all aspects of spine pathology including: